We Need More, Not Less

Is it possible to under-hype something in an age of targeted marketing, social media, viral memes, and companies and individuals at the ready to capitalize on any passing fad that happens to capture the public’s imagination?

Bear with me on this one. Yes there’s too much microbiome hype. But also not enough.

And both need attention.

I originally began Microbiome Bulletin with two missions in mind:

First, I was intrigued by the genuine promise of the field. The notion that we are not merely human, but rather human superorganisms encompassing vast ecosystems on and in us comprised of tens of trillions of microorganisms (the microbiota) harboring millions of genes (the microbiome), the latter of which dwarf our own 20,000-plus genome.

These microorganisms are constantly communicating with each other and with the cells of their human hosts in an impossibly complex web of interrelationships, feedback loops, tension, balance and imbalance, all of which could very well hold the keys to a host of modern chronic afflictions including autoimmune disorders, mental illness, diabetes, and more. 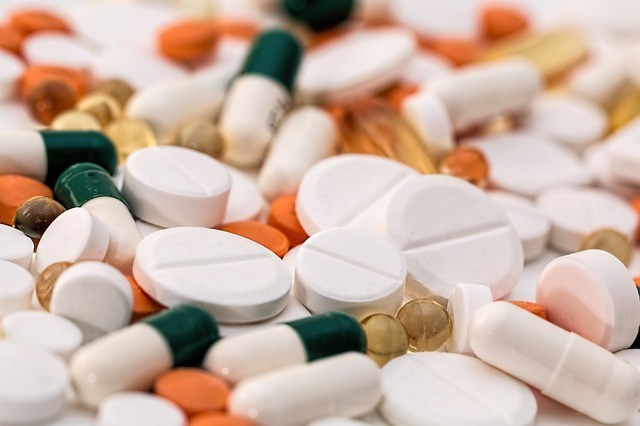 Second, I wanted to offer a counter-weight to what I considered to be hyperbolic claims of miracle cures. These were typically offered by companies trying to sell consumers on some magic pill or potion that would address all their health issues and leave them smiling and happy like those paid actors in the pharmaceutical ads.

The term, “probiotic,” which are live bacteria you can purposefully ingest and that can potentially offer tangible health benefits, became a buzzword, a marketing ploy, a tag line.

Attending to this marketing hype is something I consider more of a public service of sorts. One I enjoy, mind you, and one I take personally as both a consumer and provider of health and fitness-related products and services. Plus, I have found through my own research (subjective elements and all) that if you approach it prudently, such as what I describe in my piece, “What Should I Look For In A Probiotic,” there very well may be probiotics and prebiotics (not to mention diet and lifestyle decisions) that can be of benefit to your health due to the direct effect they have on these expansive colonies of microorganisms.

But no, no miracle pills.

So, I will soldier on with that anti-hype mission going forward, as I do believe much of what is proffered to the public is a waste of money. These efforts will include articles such as the one I mentioned above, plus reviews that outline my personal experiences with various products including probiotics and prebiotics, and of course the MicrobioME Project, an ongoing exploration into the real-life impact supplements, diet, and lifestyle choices can have on your microbiota.

As for the first mission, I believe I might be a victim of having been too deep into, and enchanted by, a subject to understand how little others really know or care about it.  To my surprise, I am finding that despite the hype (and ironically, maybe in part because of it due to a backlash), the very real and revolutionary promise of the microbiome might need more attention paid to it.

Oh, there is certainly a lot of hype. But the wrong kind, as I already suggested, the kind I’m trying to confront. The kind of hype that has companies stuffing probiotics into a lot of products that strike me as laughable at best, and dubious at worst.

In other words, consuming a handful of probiotics included in your morning coffee pod probably isn’t going to do you all that much good.

I’m serious. In your coffee.

We need more hype, or more precisely, the right hype. Allow me to explain.

I have clients to whom I offer (among other things) nutritional counseling. I am not a doctor or a Registered Dietitian, so I know to “stay in my lane” as they say. My first question to any prospective client is always, “What did your doctor say?”

It turns out, not much.

I was speaking to one client who had a number of general gastrointestinal ailments, pain, gas, bloating, and the like. She had had full workups done on her. She had been tested, blood, urine, even scoped at some point late last year.

They couldn’t find anything obviously wrong with her.

So she was put on a proton pump inhibitor and told to stop drinking coffee.

I started asking her about her diet. One question led to another. Everything she was telling me was like a list of things that can potentially lead to dysbiosis. She was taking NSAIDs (ibuprofen) almost every day, her diet was nearly devoid of fiber with very low amounts of fruits and vegetables so little in the way of prebiotics that I could identify. Processed meat. White bread. Artificial sweeteners.

I dug deeper, it wasn’t just diet. It was her lifestyle as well. Stress, difficulty sleeping, lack of exercise due to an injury.

I asked her if anyone had spoken to her about her microbiota. She said she had never heard that word, so probably not.

That’s not too surprising. A doctor might not want to get too deep into unfamiliar nomenclature with a patient who just wants to feel better. 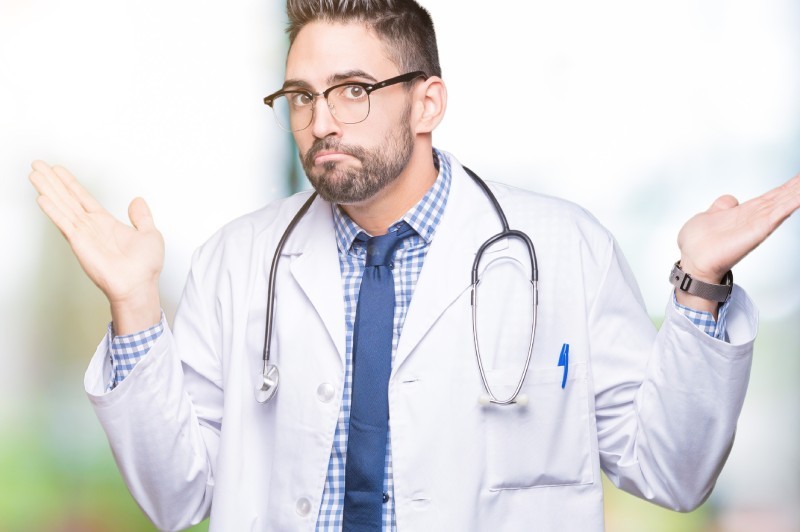 I asked if any of her doctors had ever asked her about her diet and lifestyle as I had done.

Not a one. She never had that conversation with any of them, including her gastroenterologist. Nothing about the stress she was under, the insomnia, the fact she had stopped exercising. So her doctor gave her a prescription and told her to stop drinking coffee.

You read about these experiences but they really come home when you see it directly, and she is not the only one I have personally come across. I suspect this disinterest might be disturbingly widespread.

If the point-people in patient care, the first responders if you will, aren’t asking basic questions about diet, never mind exercise, stress, sleep patterns and all the other elements that play into the health of your microbiota, and so your gut health, and so YOUR health, then this field is not only not overhyped, it’s very likely, in this respect, under-hyped.

And if doctors don’t know or care about it, where does that leave the general public?

A great deal of care and modesty is still required. As I’ve said before, what we don’t know dwarfs what we do know, the complex relationships between and among our microorganisms and our own human cells (particularly those that are part of the immune system) are still poorly understood, but we know enough to start asking questions.

Absent reasons not to (which is why I always make sure a client has been thoroughly checked by an MD and that any specific medical conditions have already been ruled out), we know enough to suggest that eating more fruits and vegetables might be a good start.

Easing off the NSAIDs might be a good idea, too.

Laying off the diet soda.

Getting some physical exercise.

Trying to get more sleep.

Maybe even taking a probiotic. A good one. See if that can help.

At the same time, like our microbiota, we must find balance.

Not the whimsical balance of fairy tales, not some stasis the delicate nature of which must not be disturbed lest we upend the proverbial apple cart, but rather a dynamic balance, the give-and-take, the wrong turns, the bad calls, the research dysbiosis if you will, and then the return to a healthy state of affairs in which patients can take prudent actions together with their healthcare providers that can have a real impact on their health and well-being.

So yes, maybe there is a connection between food allergies and the microbiota, and maybe the battle against Alzheimer’s can be, at least in part, waged in the gut.

And maybe, you’ll come up completely empty at times.

But that’s okay, this field is genuine, it is revolutionary, and it is important. We have to make sure the medical community understands this. We have to make sure doctors don’t get turned off by the hype or by the overpromises, and then tune out the very real things that could help their patients.

Threading a needle? You bet.

But I think it can be done, but only with your help, only if you understand it too.

And it starts with your asking questions. Don’t allow your physician to dismiss them. Stress you don’t expect miracles, you understand the limitations of our current understanding of how the microbiota works.

But do demand that the health of your microbiota not be ignored. It is a real thing, with real consequences. People’s lives are literally being saved due to FMTs (Fecal Matter Transplants) which is exactly what it sounds like: A microbiota transplant using the fecal matter of a healthy person placed in the colon of a person suffering from a damaged microbiota (as a result of a C. difficile infection).

Not long ago, the proposition was considered ludicrous.

Maybe there is an element of miracle to this after all. 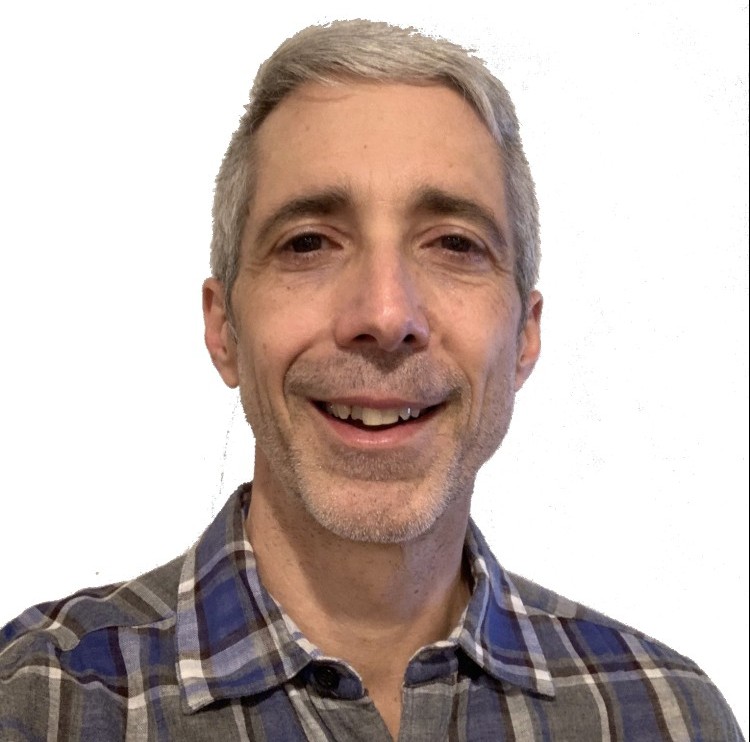 Life is always more complicated and nuanced than we might prefer, so keep that in mind the next time someone, anyone, dismisses the microbiome, and talk of probiotics and prebiotics, as nothing but hype.

Thanks so much for reading, and please feel free to ask questions and share your own thoughts and experiences in the comment section below!